We have been working on Wankel rotary engines since 1996. Initially the approach was to make a 4-stroke karting engine that would be more powerful, more reliable and more fun than existing 2-stroke engines, which were about to be banned for emissions reasons.

In the meantime our engines are used in a variety of applications beyond Karting, for example in manned and unmanned aeroplanes and helicopters, boats, vehicles of all sorts as well as generators. The particular advantages of rotary engines are a lack of vibration due to fully dynamically balanced rotating masses, a very compact design, high performance with a very flat torque curve, as well as low emissions.

Our engine designs are known and sold under the Aixro brand, which we distribute exclusively. Below is some information on the engines.

The XF40 is an engine known for it’s continuous power supply and reliability. It is now used in various different applications, such as microlight aircraft and paramotor trikes. Besides the standard configuration, several variations are possible, such as different inlet manifolds.

The engine can be mounted in different orientations. 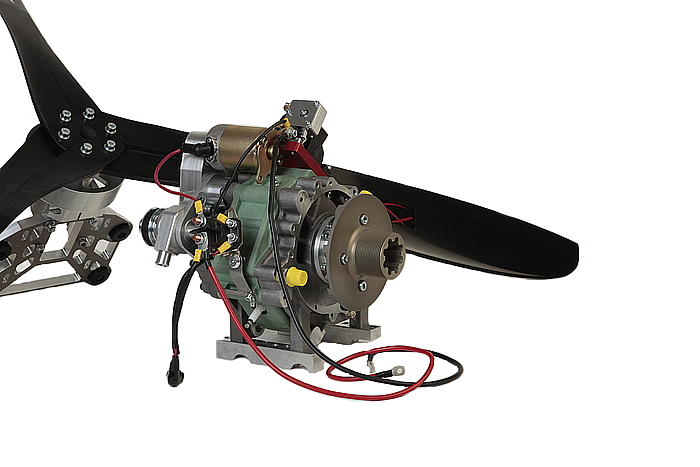 The XH40 is a powerful helicopter motor, additionally equipped with a starter, a generator and a water pump. It weighs only 19,5 kilos, including all attachments – which is extremely lightweight. The generator delivers 75W at 5000 rpm, which is enough power for all measuring instruments aboard. Thus, the battery is charged during flight . Additionally, the motor can be equipped with a compensating tank which allows for an overhead mounting.

The XH-40’s innovative built-in bearings withstand extreme variations in temperature easily. Also, the speed, rate of climb and noise emissions can be optionally configured individually tailored to your needs. 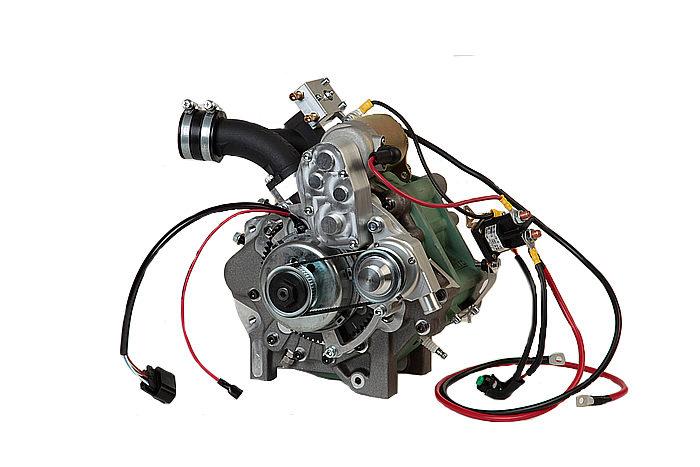 The aixro XP40 uses the same super-robust engine core as the XF40 and XH40, but it has been designed lighter where possible and with four mounting points on the ignition side, which is beneficial for some applications. The XP40 is often installed with a compact belt reduction drive.

The XR50 rotary engine is still a revolution in karting. There has never been such a combination of performance, drivability and reliability in this sport before. Despite its power the XR50 is very controllable even in wet conditions, and it feels like a classic direct-drive kart.

The XR-50 rotary engine is the most versatile engine of our product line. The rotary engine is a 4-stroke aspirated engine, using a rotor turning around an excenter, instead of moving masses back and forth, which means that vibrations are minimal. In combination with with its enormous power you can use this engine for every purpose. 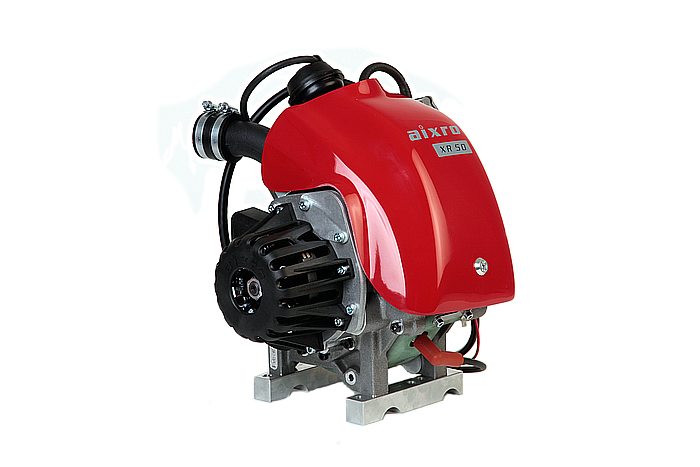